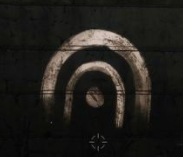 Symbol of a Lost Sector

Lost Sectors are a type of PvE activity that were introduced in Destiny 2. They consist of a hidden dungeon or side area that contains a large number of enemies, a boss enemy, and an unlockable treasure chest.[1] Lost Sectors can be identified by a symbol that appears near its entrance, but the difficulty of actually locating the entrance will vary. Killing the boss inside the Lost Sector unlocks the chest, which will always contain some Glimmer, at least one piece of equipment and a Token for that planet.[2] With update 2.0.0 and the release of Forsaken, Lost Sectors no longer grant Tokens upon looting.[3] Lost Sectors can be completed an infinite number of times and automatically repopulate after being exited.

Legendary Lost Sectors were an activity available during Season of the Worthy. They were accessed through a console situated next to Rasputin's screens within each Seraph Bunker once that bunker was cleared for the day. Offering significantly higher difficulty than regular Lost Sectors, they featured modifiers and Champions, similar to Nightfall: The Ordeal.

Legendary Lost Sectors returned in the Season of the Hunt. They are accessed through a flag, similar to the ones used to enter adventures and campaign missions. Similar to their previous iteration, they had higher difficulty and modifiers, as well as awarding Enhancement Cores (and an Exotic Armor of a specific slot, if solo) on completion. Master Lost Sectors were also added, being even more difficult than their Legendary variant. Completing them alone, which is quite a challenge, is the only way to get the new exotic armor pieces from the Beyond Light expansion.

The Tangled Shore, The Reef[edit]