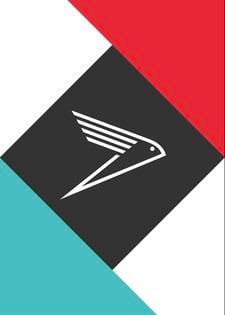 "SRL's here, Guardian. The Sparrows will be fast and the records will fall. Time to get your boots wet."
— Amanda Holliday

The Sparrow Racing League is a limited time event. The event began on December 8, 2015, and ended on December 29, 2015. It later returned as a permanent activity as part of a bigger update called The Dawning, which ran from December 13th until January 3rd, 2017.[1]

"Sparrow racing's been happening since the first time one Guardian said to another, 'Betcha I can get to that mountain before you do.' Nowadays, we do things a mite more organized, but the principle's the same."
— Amanda Holliday

The Sparrow Racing League is hosted by Amanda Holliday. True to its name, the event involves Guardians racing each other on their Sparrows for fame and glory.[1] SRL gives Guardians a chance to demonstrate their racing skills and earn a place among past SRL champions like Marcus Ren, Cron-8, and Tyla Sola. Other well known SRL racers include Ariadne Gris, Blue Boaz, and Enoch Bast. During Crimson Days, the Crimson Cup is held. The first Crimson Cup after the liberation of the Last City from the Red Legion saw Enoch Bast defeat defending champion Marcus Ren in a upset victory.[2]

Up to six players compete on four specially-designed maps. Races consist of three laps across a map, throughout which players must survive various obstacles including Web Mines, enemy attacks, and each other while passing through gates to boost their maximum speed. The first player to reach the finish line at the end of the third lap wins the race. Rewards are randomized, but the quality of the rewards increases with the player's SRL rank. Winning races and other skill-related accomplishments are required to complete certain SRL bounties.[1]

Any type of sparrow available can be used in the race, with certain sparrow archetypes having certain advantages over others. Sparrows from both the Crota's End and the Vault of Glass raids give players the ability to speed boost outside of the booster gates, at the risk of overheating and exploding if done for too long. Trick sparrows can be used to recharge thruster energy, which can help with making quick lateral movements.

A SRL Racer getting ready.

During races, players can don an unique set of armor designed for Sparrow racing. This armor provides unique Sparrow-related abilities, such as allowing the player to control the speed of their descent through the air or reducing the time it takes to summon a Sparrow. Helmets and class items earned from SRL can drop with up to 320 Defense, but Chests, Gauntlets, and Boots have 3 Defense.

Similar to the Festival of the Lost's masks, one reward from the event is purely cosmetic: Sparrow Horns. Rare Horns will expire at the end of the event and be removed from the player's inventory, but Legendary Horns are permanent; Rare Horns can be upgraded into Legendary Horns using an event-exclusive material called a Horn Relay.

SRL Event Standing represents the player's Reputation in the Sparrow Racing League, and is tracked by Amanda Holliday. Completing races and bounties rewards rep; placing in the top three at the end of a race or winning rewards more rep. Rank in SRL Event Standing determines the Light values of Helmets and Class Items earned from races.

In addition to the above rewards, the Eververse Trading Company is offering a series of premium items for the event's duration, including the "Victory Wave" Emote, the SRL Record Book, Vol. 1 that can be used to track the player's race performance and offer exclusive rewards for meeting specific requirements. In addition, Sparrow Toolkits and Custom Horn Kits can be purchased to obtain a random legendary Sparrow or Sparrow Horn, respectively.