From Destinypedia, the Destiny wiki
Jump to: navigation, search
"I don't have time to explain why I don't have time to explain."
This article has new content coming soon from Warmind and may not be complete, confirmed, or correct. Please update it as soon as any relevant and accurate material is available. Editors must cite sources for all contributions to this article. Edits that do not follow this standard will be reverted without notice. For more information, see the Citation Policy.

"Vex encryption. Unbreakable? Ha, so they say."
This article does not have enough or has no inline citations. You can help Destinypedia by adding citations. For more information, see the Citation Policy.
Spoiler warning: Plot and/or ending details follow.
This article is about the Destiny 2 expansion. For the military artificial intelligences, see Warmind. 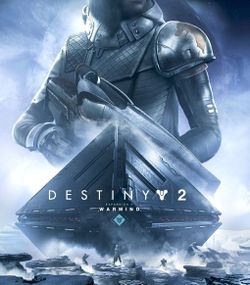 Warmind is the second expansion for Destiny 2, and was released on May 8, 2018. The story is centered around the once-thought-lost scientist and AI linguist Anastasia Bray, the titular Warmind Rasputin, and the ancient Hive Worm god Xol, Will of the Thousands. You, the Guardian, are tasked with aiding Ms. Bray in helping her reconnect with Rasputin and taking down Xol. In your journey, you will uncover ancient secrets of the legendary Clovis Bray research corporation, the Hive, and discover new weapons, such as the Sleeper Simulant, Polaris Lance, and the Escalation Protocol arsenal.

Destiny 2 Expansion II: Warmind continues your Guardian’s journey with an all-new story. Ana Bray, a Guardian long thought lost, searches for a connection to her past…one that could be lost forever on the polar ice caps of Mars. As Golden Age Warsat begin slamming into the ice, the glaciers begin to thaw, revealing the core of the Warmind Rasputin – and an ancient Hive army bent on its destruction. Now free, the Hive swarm in service to their god Xol. Help Ana discover her past and destroy the Hive’s gargantuan worm-god before it is too late.[1]