"I don't have time to explain why I don't have time to explain."
This article has new content coming soon from Season of Plunder and may not be complete, confirmed, or correct. Please update it as soon as any relevant and accurate material is available. Editors must cite sources for all contributions to this article. Edits that do not follow this standard will be reverted without notice. For more information, see the Citation policy.

"The Wolves are getting closer, she is a fool for thinking she can control them."
— The Speaker[1]

The House of Wolves were a House of the Fallen, distinguishable by their blue armors and tattered dark gray fur cloaks. They were the subject of an expansion of the same name.[2]

After the Red War and the formation of the House of Dusk, remnants of the Wolves' Servitors were extinguished by Reksis Vahn, while former Wolves have joined the House of Dusk and the new House of Salvation.[3]

Wolves seen in the House of Wolves cinematic

"I am Lord of Wolves. You are an empty thing with two dead souls. This is my House. These are my terms. Surrender and I will only take your ships."
— Virixas, Kell of Wolves to Queen Mara Sov

Prior to arriving in the Solar System, the House of Wolves, then called 'Mraskilaasan', or "Gentle Weavers" [4], was one of many Fallen Houses struggling to survive in the wake of a cataclysmic event known as The Whirlwind. In the aftermath of the fall, the Wolves were said to have warred with the House of Kings.[5] Years later, after arriving into the Sol system, the Wolves were living out by the Jovians. At some point, their Prime Servitor Kaliks Prime went missing;[6] Fikrul, the Fanatic was once a well-regarded Archon Priest of Kaliks, but he was cast out after speaking against the Great Machine and lamenting his species' dependence on Servitors for survival.

As part of a united Fallen effort, the Wolves intended to join the Battle of Twilight Gap alongside the other Houses, but were stopped at their stronghold of Ceres when the Reef intervened. Their Kell, Virixas was killed in the initial clash, along with a massive portion of the house, which would later be called The Scatter.[7] This marked the start of a power struggle between three members of the Wolf nobility: Irxis, Wolf Baroness; Parixas, the Howling; and Skolas, the Rabid.[8] 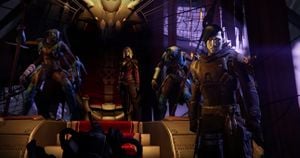 "Captains and Barons signal their readiness, Skolas and Pirsis and Irxis, Drevis, Peekis, Parixas, all of them bound by fear and loyalty, all ready for war."
— Ghost Fragment: Fallen 4[9]

The Reef Wars were a series of long battles between the Wolves and The Reef. During the course of the wars, Skolas rose to the Kellship, beating out his competitors.[10] He then turned his full attention towards The Reef, and the two forces clashed for many years. The wars ended when Variks, a member of the House of Judgment who lived among the Wolves, betrayed Skolas to the Reef, resulting in his capture along with most of his House.[11] Variks went on to crown The Queen of The Reef as the new Kell, with many Wolves bending the knee to her.[12] 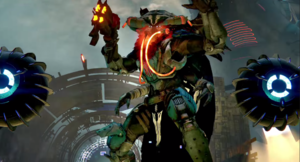 The rise of Skolas, Kell of Kells

"Listen to me, Wolf-born! Heed me, Whirlwind-scattered! I am the ghost of Cybele, the cunning claw of Iris, betrayed, chained, encrypted by the Queen, sent back from the Darkness to save us all! The days of Kell and House end now. The calendar of slavery and abasement goes to the fire. We are a new calendar! We are an age of beginnings! Each of us is a day!"
— Skolas, Kell of Kells

Initiated by the return of Skolas, now calling himself the "Kell of Kells", the House of Wolves rebelled against the Awoken.[13] The Wolf Rebellion started with an assassination attempt on The Queen and a mass prison break from the Prison of Elders where most of the former Wolf nobility was being held.[14]The Queen opened the Reef to Guardians of the City, with the intent of recruiting them to put an end to the rebellion.[15] The Guardians tracked Skolas across the system, eventually capturing him on Venus, attempting to wield stolen Vex tech in order to pull the House of Wolves through time.[16] On the order of the Queen, Skolas was sent to the Prison of Elders, where he was pitted against the same Guardians who captured him and was executed, effectively ended the Wolf Rebellion.[17] 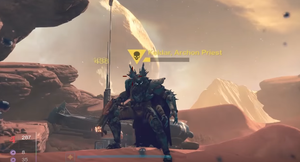 The return of Keldar, Archon Priest

"Was looking, searching for new Wolf Kell. Could not find one. Could not understand House Wolves tactics... bad tactics. Fight Cabal? (laughs) Could not find new Kell because there is no Kell. House Wolves follows a new god, a Servitor, a Prime. This is a pilgrimage, Guardian. And for faith, they will stop at nothing."
— Variks, the Loyal[18]

After Skolas' defeat, the Wolves began regrouping on Mars, hoping to carve out a new den on a planet of their own. The Wolves emerged from hiding, rallying under Keldar, Archon Priest who had escaped the Reef Wars and Skolas' Rebellion. Keldar offered the Wolves, a new god to worship, the rebuilt Orbiks Prime; the Wolves' previous god, to lead their scattered House in the absence of a new Kell. In the wake of losses suffered at the hands of the Taken during The Taken War, the Cabal were unable to stop the Wolves from entrenching themselves in their own fortifications; the Blind Legion's former base was captured for use as Orbiks Prime's lair.[19] Orbiks Prime attempted to reassemble the House on Mars, however, thanks to intel provided by Variks, the Loyal, the Guardians hunted down Keldar and Orbiks, destroying the Prime and eliminated their escaping Archon, leaving the Wolves broken and leaderless. Leading to Variks to believe that the House of Wolves had been broken once and for all.[18] 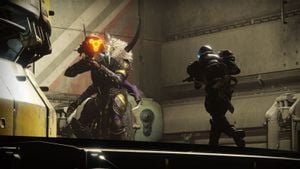 Silent Fang members working with the House of Dusk

"Fallen comms, still trying to reach their brothers and sisters. Some of these headers are still marked with House sigils. House of Devils, House of Wolves…"
— Ghost

Having been nearly wiped out by the deaths of their leaders and lieutenants from subsequent Guardian hunts, the House of Wolves were driven to the brink. The terrifying Scorn Baron known as Reksis Vahn, the Hangman subsequently hunted down and destroyed their last remaining Servitors, dooming the former great House of Wolves off of its Ether supply.[20]

With the demise of their Servitors, former Wolf members assimilated into the House of Dusk, including Skriviks, the Sharp-Eyed, The Silent Fang, Queenbreakers, Pallas Seigebreakers and those affiliated with Beltrik and Irxis. During the Prison of Elder's breakout, one Vandal still wearing the colors of the House of Wolves saluted Variks, the Loyal for releasing all the inmates.[21]

Upon discovering that Mara Sov is still alive, Yevik; a former Wolf now working with the House of Dusk, began plotting a return to his former Wolf Kell who he is still loyal to.[22]

Later, former Wolves joined Eramis's cause to form the House of Salvation, hoping to ensure the Darkness Kell's dream to destroy the Traveler for abandoning her people.[3][23] 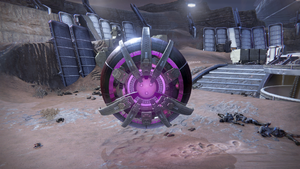 The Wolves appear to have a more complex structure than compared the other houses. While they retain the typical leadership of a Kell, an Archon, and a Prime Servitor (though the latter two are dead or missing) followed by Barons and other nobility, the Wolves have several additional posts and groups with special functions within the House.

Kells are served by Wolves' Guards, Captains who are selected from an early age and brainwashed to be completely subservient to the Kell.[24] The Kell also has the Silent Fang at their command, an elite group of assassins lead by Drevis, Wolf Baroness, to eliminate potential rivals and threats.[25] To keep the rank-and-file in line, fanatical Wolf Enforcers ensure that the remaining Fallen of the House maintain their loyalty. Several other informal groups serve the Kell, such as the Howling Raiders[26], the Twisted Claw[27], and the Queenbreakers (the Wolves who formerly served as Mara Sov's personal bodyguards, but then attempted to assassinate her)[28]. 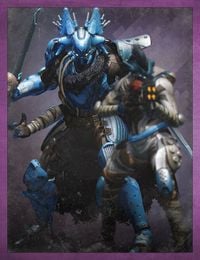 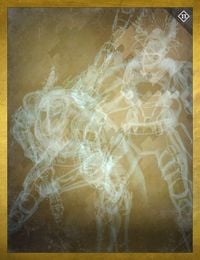 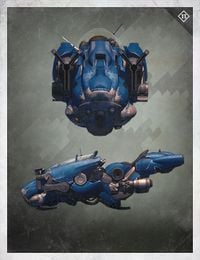 The Heavy Pike, manufactured by the Wolves.