The House of Kings is one of the major Fallen houses, distinguishable by their three-pointed yellow cloaks.

Among the Eliksni, they are unique, secretive, and dangerous. Their power is only matched by their cleverness. They hide in the shadows, waiting, and plotting the downfall of the Last City and reclamation of the Traveler.

"The Kings understood Judgment, for together they ended the Edge Wars in their people's golden age."
— Variks, The Loyal

The Eliksni were once graced by the Traveler, which they named the "Great Machine", and were presumably uplifted by its gifts in the same manner as humanity. During this time, they came to control multiple star systems until an event known as the Edge Wars brought infighting among the Houses and was later ended by the House of Kings and the House of Judgement to usher in a Golden Age.

Prior to arriving in the Solar System, the House of Kings was one of many Fallen Houses struggling to survive in the wake of a cataclysmic event known as the Whirlwind. In the aftermath of the fall, the Kings were said to have warred with the House of Wolves.[2]

Years later, they would arrive in the Sol system, setting down on Earth alongside the House of Devils, although there are rumors they may have been to Mars as well.[3] Despite being on Earth, the Kings remained in the shadows, and they were rarely seen.[4] 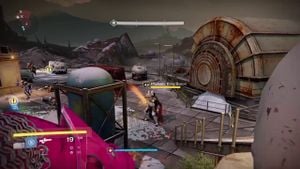 "The House of Wolves and the Awoken tore the Reef apart trying to get a tactical advantage. All the while, we were desperately trying to hold the Walls against the Devils, Kings, and Winter. It was one of the darkest chapters in the City's history."
— Commander Zavala.[5]

Craask, Kell of Kings, manipulating the other Houses, pushed for a united effort against The City.[6] The Kings, alongside the House of Devils and House of Winter, launched an assault on The City, with the House of Wolves being the only major Fallen House unable to join due to intervention by the Awoken of The Reef, stopping them at Ceres before reaching Earth.[7] The three united Houses fought against The City and its Guardians in what would later be known as the Battle of Twilight Gap. The City managed to push back the Fallen forces, with Lord Shaxx leading a counter attack and the titan, Saint-14 killing Solkis, Kell of Devils to end the war.[8] The power vacuum later allowed Craask, Kell of Kings to maintain some influence among the techno-worshiping leadership of the Devils and return to the shadows, choosing to bide their time and plan their next assault.

"I spent a long time in the wilderness outside the Walls. I've mentioned it before. Red-marked House of Devils Fallen always tracking my movements. The entire time I was out there, I think I saw one member of the House of Kings. Just sitting on a wall, scanning the horizon. Never even gave me a second glance."
— Ghost

The Kings held very little territory in the Cosmodrome, holding only the Terrestrial Complex and King's Watch. They were encountered by Guardians seeking out a mysterious signal in the area, and again later when they returned to try and restore an Array in the Terrestrial Complex.[9][10] Later, the Hive general Omnigul would lead a fireteam of Guardians through Kings' territory in an attempt to stop them from hunting her, Phyksin, King Baron made an attempt to stop the Guardians personally, but was killed in the resulting battle.[11] 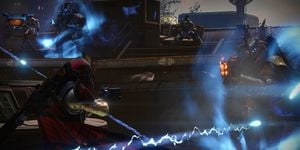 Paskin and Yavek enaging the guardians

"Skolas goes after Winter. Devils, Kings. Seeks power. Kings deny him. Kell of Kings hides well. Perhaps he will take back the Great Machine. Perhaps I chose the wrong side. It is not too late"
— Variks, the Loyal

During the Wolf Rebellion of Skolas, Kell of Kells, the House of Wolves approached the Kings with an offer to join them. The Kell of Kings sent two of his Barons, Paskin, King Baron and Vekis, King Baron, to meet with the Wolves. Prince Uldren of The Reef suspected that the Baron's true mission was not to parley with the Wolves, but rather assassinate their representative Yavek, Wolf Baron.[12] The truth of the plot would never be discovered, as a Guardian guided by Variks, the Loyal interrupted the meeting and killed all three Barons in the resulting skirmish.[13]

"Taken will not rest. Will claim every house. Consume every banner."
— Variks, the Loyal

During the The Taken War, the King's presence in the Cosmodrome diminished as the King's Watch was no longer in their control after it became the lair for a Shade of Oryx on Earth.[14] The Kings took significant losses to Oryx, the Taken King, leading them to retreat further into the shadows. 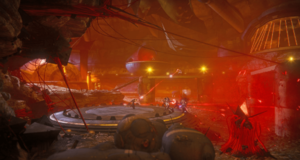 "Their power is matched only by their cleverness. They rule the Devils from the shadows and came too close to toppling the City not once, but twice. We don't know much about them, but we know this: the Kings want the Traveler."
— Prince Uldren

For many years the House of Kings maintained influence over the techno-religious leadership of the House of Devils and controlled the Archon's Forge until a newer, more ambitious sect, the Devil Splicers, assumed control over the Forge. This gave rise to three new Devil Archons and allowed the Splicers to burrow into connecting area of Site-6, later infusing themselves with SIVA.

By the end of the SIVA crisis, the House of Kings seemed to have pulled out of the Cosmodrome completely. Some time later, prince Uldren Sov of the Awoken allowed himself to be captured by the Kings in order to meet their Kell, in an attempt to manipulate them into serving him.[15] However, Uldren ended up allying himself with the Kings for a time, sub-ordinate to their Kell, Craask. A short time later, reports of the Fallen withdrawing from the Cosmodrome completely reached the Vanguard.[16]

Approximately one year after the events of the SIVA Crisis, the Kings, as well as the other Fallen Houses, seemed to vanish entirely, the never-before seen House of Dusk taking their place. However, further inspection revealed that many members of the new House of Dusk originated from the other now dissolved Fallen Houses, including the House of Kings. All House of Dusk communication protocols were in fact variations of old Kings protocols, suggesting significant involvement of the Kings within the new House. It was later discovered that Craask, the former Kell of Kings, had ordered Uldren Sov to unite the remaining Fallen Houses under the banner of House Dusk. 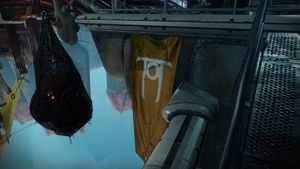 A House of Kings banner found in the Hollowed Lair.

"Honorless, at the end.... Faithless and false. Your sister's will kept us from the Great Machine, Uldren Sov. She challenged the Wolves by right of noble lineage. But you… you skulk in shadows and filth."
— Craask, Kell of Kings

The alliance between Uldren and the Kings led him to become a traitor to the Awoken, working alongside the Fallen to kill, steal, and bring more destruction to The Reef. During this period, Uldren met a dying Fikrul and managed to save the Archon by corrupting Fikrul's Ether with darkness. As time went on, Uldren found a kindred spirit in Fikrul, and they bonded through their shared dislike for their peoples' fates, and desired to see evolution through extinction. Meanwhile Craask wished to continue the old ways, relying on Servitors and machines.

With the aid of Fikrul, Uldren betrayed the Kings, slaughtering many of its members in the resulting conflict. After Uldren and Fikrul assumed control, Craask, the last Kell of Kings, was docked and demoted to the status of a Dreg. Uldren decided the Kings were too bothersome for his ambitions and gutted the House. The deceased House of Kings were then raised from the dead by Fikrul as a new army willing to serve them without question, they would later be called the Scorn.

The last remnants of the House of Kings now reside near the Shard of the Traveler in the European Dead Zone.

"Why was the House of Kings researching Hive magic in the ruins of Oryx's Dreadnaught? Why would the Vex try and steal it? And what value does any of this have to Spider?"
— Ghost

Years before the Black Fleet arrived in the Solar System, the Kings lead a successful salvage operation on the Dreadnaught in an attempt to learn Hive magic from the ruins.[17] However, the Vex became curious about their operations and came into conflict with the salvage crew, leading to their disappearance. The Vex then stole the crew's cargo, transporting it to one of their simulations within the Infinite Forest. In the Festival of the Lost event, the Spider tasked the Guardians with infiltrating the Forest in an attempt to learn what the Vex have been simulating.[18][19][20]

"Why do you think the Houses are named the way they are? House Winter. Maybe it's geographic? House Kings, some kind of global ruling sect? Strange to think about how these terms have survived, their context completely removed."
— Ghost

The Kings are the only Fallen House that over their attendance in the Sol System has not undergone a loss in leadership. The Devils have lost their Kell,[21] their Prime[22], and several Archons[23][24], Winter; their Kell and possibly their Prime[25][26], and the Wolves; two Kells[27][28], two Primes[29][30], and several Archons.[31][32] This makes them currently the strongest known Fallen House in the system after the House of Dusk. 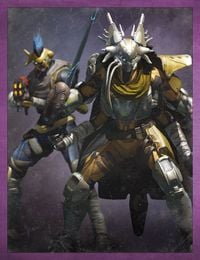