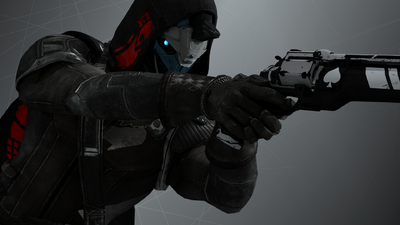 I play the game and I'm a bit of a sucker for lore, what did you expect?
I also dabble in fanfiction and 3D fanart; you can see an example of the latter to the right. Or above, if you're on mobile.

Made with an online vectorization tool, Inkscape, Paint.NET, and a hacky workflow. Feel free to use these however you want; you probably won't have any issues because you used them, despite any licensing disclaimers.

I like to say I understand markup, but what follows disproves that notion entirely, assuming you're on desktop view.