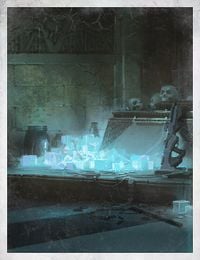 The Grimoire card for Glimmer

Glimmer is a type of currency. It can be used to upgrade weapons,[2] and buy items.[3]

Majors and Ultras (enemies with yellow health bars) such as Riksis, Devil Archon drop Glimmer when killed.[2] Normal enemies only drop Glimmer if the player has used Ether Seeds, Black Wax Idol, Blue Polyphage, or Resupply Codes, or a Legendary Ghost. Glimmer is also gained by disassembling items or finding some in loot chests[3]. Another source of Glimmer comes from selling House Banners, Silken Codexes, Axiomatic Beads and Network Keys to the Cryptarchs for two hundred fifty Glimmer each.

As of Shadowkeep Glimmer drops on almost every enemy kill. Shadow Thralls drop Glimmer on death in patrol zones, but leave no Glimmer in The Shattered Throne [citation needed].