The Legacy's Oath Suit is an Legendary Warlock armor set that can be acquired from the Deep Stone Crypt Raid. 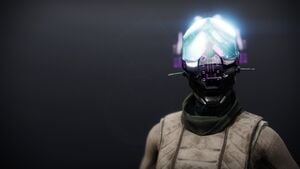 "Sylvie is a stain on this family, turning my son against me every chance she gets. His death is on her hands too."
— Clovis Bray I

Your mother screams in horror. "No! Il torture ma fille aussi? Elsie, say it's not you; say it's not! Say he hasn't locked you up in that walking lazaretto to die!"

"Mom. Mom, please. Je vais bien; je ne suis pas comme mon père, inshallah!" you say, but she won't believe it. You don't know what to say, because you only remember her as a warm feeling. She sobs, and you smell the amino ketones and aromatic acids in her tears. The salty opioids glisten on her skin. You want to hide your face, to hood yourself. Every time she looks at you, she screams and cries harder.

Finally, you give up and resign to settling into the little guest bed. The house is full of reminders of your father, who died in a body just like yours. Sylvie really loved him, your sisters told you. And Clovis II really loved her. Even after he was unfaithful.

Sleep finally comes but is still discomforting. You dream of murder and hot blood and a mannequin body made of knives. You remember forcing your way through a tower of prison cells, slashing through prisoner after prisoner in order to get to the top.

You wake up screaming, practically fall out of bed, but Mom is there to catch you. "Hush, hush, it's all right. It's just a dream."

You cling to her, and it is your turn to sob. Nothing comes out of your eyes as you try to explain the dream. "Everyone I knew was in those cells," you gasp. "You, and Dad, and Willa, and Ana, and Alton…"

"Oh, my sweet," your mother whispers. "Of course you dreamt about killing us. Your grandfather made you this way. And he kills everything he touches." 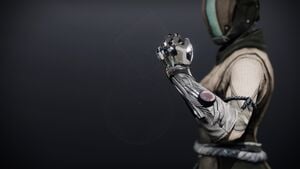 "Wilhelmina's more like me than she admits. Immortality at any cost. Even family."
— Clovis Bray I

You bow. "Delighted to remake your acquaintance, Dr. Bray."

"Likewise. I'm sorry about the amnesia, but Grandpa's work always comes with some nightmarish drawback. At least you're not grunting and tearing your own limbs off."

You don't understand. "Should I be?"

You feel love and frustration when you look at this small, dark-skinned woman, and those feelings say "big sister" in your heart.

"Hey," you offer, "maybe when Grandpa loses his memory, it'll make him a little less…"

"Yeah." You laugh. "I guess you've known him longer than me now. Actually, I guess you always have."

"Wiping the old man's memory won't change him. He wouldn't do it if it would." Willa beckons you closer to her lab bench. A projection shows tiny machines, interlocked like bricks. "This is SIVA. My latest project. A general-purpose viral nanite to render all prior cytomachines obsolete."

You flinch. The tiny things make you think of Vex.

"Easy." Willa pats your arm awkwardly. You realize that she is afraid of you. "If you'd waited a few years, you could've used SIVA to repair your brain. Even let it transform your whole body. That's my plan, I think. Immortality my own way. I could be anything I want."

She grimaces. "You realize that if Grandpa never dies, we'll never run BrayTech? We had plans, Elsie. Our plans. Not his." 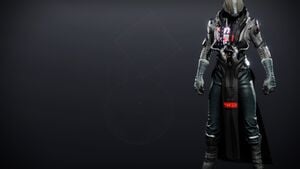 "Useless, that boy is. Nothing I altered in Alton's genetics paid off. Oh well. That's why I have three other grandchildren."
— Clovis Bray I

"So this is what our father died for…"

Alton reaches out, fascinated. You offer your hand. He pinches you. "Ow!" you snap.

"Why would he let that hurt? I mean—hang on." He rummages around behind his desk, finds a collapsible shelving rod, and grips it like a bat. "Don't dodge."

He swings it as hard as he can at your head. You can't help ducking out of the way. "Hey!"

"But if I had hit you," he insists, "why would it hurt? I mean, that can't possibly damage you! Isn't pain supposed to signal damage?"

Why is he testing you? Is pain tolerance his idea of family relations?

You wish you could remember.

"Alton," you say, aware that you're retaliating for that pinch, "Grandfather invited me to Europa to join his work. He invited Willa and Ana too. But not you. Why?"

A tiny crinkle of skin appears on his forehead as he winces. "Well, I'm more of a troubleshooter than a researcher. He sent me to clean up that mess at K1. But I suppose he didn't need my administrative skills on Europa."

He flips a stylus between his fingers. "He must've told you that."

"Alton, he didn't… mention you at all. Much about my sisters, but nothing about you. I found it kind of disconcerting."

He drops the stylus. Anger flashes in his eyes.

"Mom says Grandfather is afraid of women. Because he thinks he can't control them. I suppose he thinks he's got me all figured out. And he's not interested in things he already possesses." 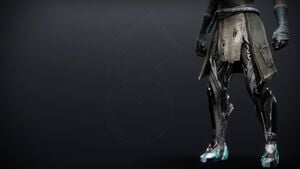 "My dear, sweet Lusia. You were meant to be next to me in this life, and the next. There's time yet for me to make it so."
— Clovis Bray I

Grandma Lusia wipes sweat from her brow. "Help me pull this net in."

You pull on it together, but it's hooked on something underwater. You strip off your clothes and dive into the gentle river, down to where the fishing net has torn on the propeller blade of a long-abandoned outboard motor. The net is completely ruined; you decide to make the dive worth your while and catch a wolf fish with your hands instead. When you come ashore, you can feel everyone staring at you. A few children point while a group of men whistle and shout. Lusia yells back at them in Sranan, or maybe Ndjuka; you're embarrassed to admit that you don't know which.

"Perverts!" she complains. "Don't they have any shame?"

"I think it's because I'm a robot, Grandma," you say. Or maybe because wolf fish normally attack people, but you're suffocating one currently in your grasp.

"You are not a robot. You're not even a total-replacement prosthetic. You are a body, and a body is the same thing as a person, and a person deserves respect. Basic transhuman hermeneutics." She winks at your surprise. "Did Clovis convince you I was stupid?"

Your paternal grandmother was a dizzying beauty in the old family pictures, and she still is. But her power clearly lies in her savvy intellect. She was hard to find, using her old name, Lusia Lin. And no Common Compassion registry to speak of. You look at her with renewed admiration.

"Why did you come here to live?" you ask, wrapping yourself in a towel and sitting beside her as she cleans the wolf fish. The flesh is white and flaky and smells like heaven. Your stomach rumbles: a perfect illusion.

"It's simple. Suriname is a great nature preserve. And I wanted to be preserved. Besides," she shrugs, "it's home."

"From your Grandfather, love."

She shows you the fish's teeth. "Always remember that he's lied to you. Your father was Clovis's test run for you. But what are you a test run for, Elsie? Curing Clovis of death? Whatever it is, he's too afraid to use it himself. And that means you should be afraid too." 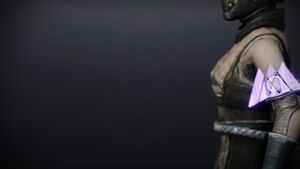 "Anastasia's obsession with Rasputin is holding back our work. Exos are our future. In time—and with a little push—she'll see."
— Clovis Bray I

She throws her arms around you, and you taste the sodium laurate in her shampoo and the long-chain fatty acids in the rosehip oil that lingers from her girlfriend's kiss, and it is all so good. You hug her as hard as she can be hugged. It's the first time. You cannot remember ever touching her before.

Ana murmurs in the place where you once had an ear. "Before you ask if I'm mad, of course I'm not. It was your right to keep it secret."

"Thank you," you breathe (don't breathe; can't breathe). "Grandfather told me he wasn't even sure that I had the—the disease. Until recently."

"Are you sure you actually had it?" Ana's pretending to tease, but there is a pang of real fear in her voice. "Maybe he faked the diagnosis. To get you into this body. Did you run the tests yourself?"

"I can't remember," you admit.

"Right, right, of course. I read the letter." Ana draws away, holds you by the shoulders. "Elsie, what matters is that you're going to be around forever. We have so much to do! We can finally climb Olympus Mons. And after we summit, I can push you off a cliff and watch you stick the landing."

Her smile is infectious. The light in your mouth reflects in her eyes.