"Some of us know the difference a Fireteam makes. Some of us...we touch the Void. Make it a part of us. And then we take a name...Nightstalker. Hunt from the shadows, pin them down, never let them see you coming. "
— Cayde-6 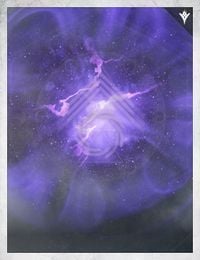 The Sigil of the Nightstalker

Nightstalker is a Void-based Hunter subclass.


My boots sink inches into the ground with every step. My rebreather filters the stench out of the air, but my eyes sting like I'm showering with battery acid.


This vile marsh opens to reveal a black cave's maw. Inside, an infinite number of little green eyes flicker like bad stars. CRACK! I fire a single bullet into the air and the horde in the cave shrieks and runs out.


"This is it, you two." The Warlock and Titan leap from the bog behind me. A Bow appears in my hands, and I let a single binding shot loose from the shadow.


Now there are Orbs of Power everywhere. Eat, my friends. Eat.

"Draw from the Void. Light the way."
— Class Description 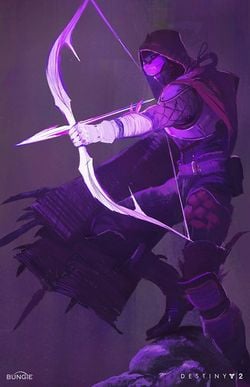 Way of the Trapper

Way of the Pathfinder

Way of the Wraith