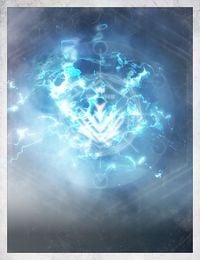 The Sigil of the Striker

"The dream of the City. Its Walls keep it together. Its spears—the Strikers—are what keep it alive."
— Commander Zavala

Striker is an Arc-based Titan subclass featured in Destiny and Destiny 2. This subclass of Titan is associated with pure offense and facing the enemy head-on and at melee range.

You'd think the problem with showing up empty-handed to a gunfight would be the bullets. And yes, turning a gunfight into a fistfight is an awful lot of work, tactically speaking, but really I just don't have the patience for all the hiding, and all the fumbling for batteries or flechettes or whatever when it's time to reload, which seems to happen the moment I start to enjoy myself.

Back to the problem. The problem with fists is hygiene. Paint your armor fist to shoulder in alien ichor, toxic robotic lubricant, and ashes. Now take a good look at yourself. That's the only reason I envy the hiders and the reloaders. They get to stay clean.

"At close quarters a fist is better than any gun."
— Class Description