"A Stormcaller's lightning awaits release. So release it on the Darkness. Show the universe how your Light can burn down armies."
— Ikora Rey 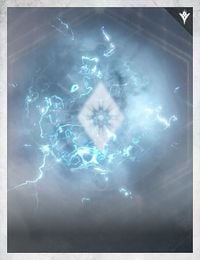 The Sigil of the Stormcaller

Stormcaller is an Arc-based Warlock subclass. It was introduced in The Taken King.

For Stormcallers to use lightning, it requires meditation, to focus and draw on the static within, Arc lies within all life, to feel it take hold and flow through the Warlock, but not to be consumed by it, to be a conduit that connects sky and earth, electricity and matter, life and death, they become a living weapon, turning one's inner lightning outward to a battle can change it.[1][2] Ikora Rey said that the trademark to a Stormcaller technique is to project and redirect Arc energy as a way to find more lightning bolts to throw.[3] There is also a difference between the raging fury of the Stormtrance and the control of nature a Stormcaller which exercises when pulling down the sky.[4] A Stormcaller is the eye of their own storm, and their lightning reaches out to everything in front of them.[5]

The hurricane battered me with a ferocity beyond any foe I had met, battered harder than the roiling chaos in my mind that drove me here, to the ends of the system, in search of—

"Calm," whispered the Voidwalker. "Burn!" roared the Sunsinger. All I could hear was the impassive voices of my teachers, encouraging me (ordering me?) to find my path, find it soon, no matter the risk, because we can never know when it will all be taken away again, when the storm will overtake us. Words, buffeting me like the hail that pelted my face as I pushed through the howling winds, forced my way through to the eye of—

The stillness of the hurricane's eye prickled my skin and brought with it realization. We don't have to choose between the calm and the storm. In fact, to have either, we must have both.

That was the day I first called the storm.

"Harmony within, hurricane without."
— Class Description 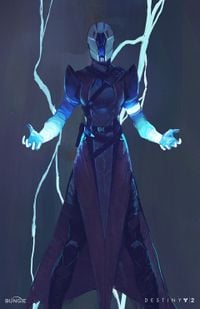