The House of Panthers is a Fallen House, distinguishable by their Mulberry Cloaks and armors. Headed by their Kell, Zaceriks, Panthers are shown as fast and exceptional hunters.

In the domains of the House of Wolves, there lies a few Eliksni, Eliksni siblings that were born in the House of Wolves just to be exiled and basically being used for Slaves in combat for their ancestors doings. Each day being put in missions that were guaranteed to get them killed but thy always find a way to survive. These Eliksni were Vamoriss a strong and adventurous woman, Kesteraks a smart yet crazy Eliksni, and Zaceriks a kind and confident fellow. They made many plans during their missions but they have made their biggest plan yet, these siblings were planning to escape. Their first part of their plan was to find more people to join their Rebellion against the House of Wolves, their attempt was in the European Dead Zone where first they killed the Captains, then they announced the rebellion to the rest of the Eliksni, most of them followed along, but some of them didn’t and they were also killed.

"This could be a start to a new age, a new age where we could thrive and not be treated as slaves"
— Zaceriks

the Vandals and Dregs looked at Zaceriks with either hope, or disbelief, the House of Wolves was a strong house so the other Eliksni started to wonder how they will accomplish this, luckily the siblings knew exactly what to do. Their next part of their plan was to form positions for the Eliksni, most Eliksni were used for combat and others were used for surveillance. And their final step of the plan was to commence the rebellions first attack. Even though they were a small group, they were able to do lots of damage to the House of Wolves and was able to take over the House of Wolves and was able to raid other House of Wolves bases. But there rebellion would soon come to an end when a brutish Captain known as Beveriks and his gang was on their trail and the rebellion would soon learn that Beveriks is a dangerous foe,

"So this is the rebellion? Just a few people that are being lead by exiles"
— Beveriks

"Maybe you aren’t as useless as I thought Telakriss, kill him"
— Beveriks

Telakriss is about to fire until

"You don’t need to follow under him anymore, will killing me really change anything. Please join us"
— Kesteraks

Telakriss then took a moment to think and decided to stop and join the rebels, a member of Beveriks’s group lunged at Telakriss but got his head blown off by Kesteraks. After Vamoriss knocked down Beveriks, she took Zaceriks and retreated to the ship and the rest of the rebels followed and Telakriss became a new member of the rebellion. This counted as a win for the rebels.

After the rebellion’s raid and achieving more members, the rebels decided that it was time to become their own house and made Zaceriks their new Kell. Vamoriss and Kesteraks were the first members of the Amythest Council and Telakriss was made Zaceriks’s Advisor. Since Zaceriks was technically just thrown into this Kell stuff, he had his people vote for a name for this new house. And the name that the house came up with was the “House of Panthers” This was a new life for Zaceriks and his people, a new way to live, a new house, a new beginning. 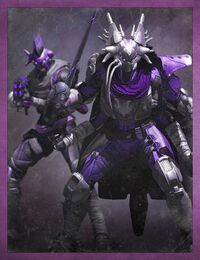 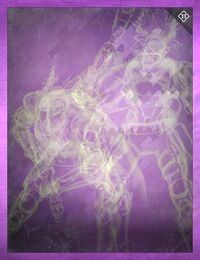