From Destinypedia, the Destiny wiki
Jump to: navigation, search
"I don't have time to explain why I don't have time to explain."
This article has new content coming soon from Destiny 2 and may not be complete, confirmed, or correct. Please update it as soon as any relevant and accurate material is available. Editors must cite sources for all contributions to this article. Edits that do not follow this standard will be reverted without notice. For more information, see the Citation Policy. 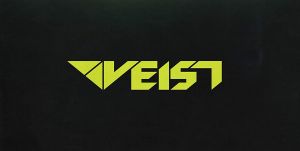 Veist is a weapon foundry of the City.[1]

Veist specializes in all-purpose, highly advanced weapons for Guardians. The majority of Veist's weapons are fast-firing and quick-handling, with a balancing set of perks and a unique appearance that sets it apart from the other foundries. Veist weapons are designed and named to evoke venomous creatures, and each one includes an on-board artificial intelligence programmed with the "killer instincts" of its host weapon's namesake.