"I know my employers have no regard for my life, ergo I am usually sent to do the jobs they would reject in a heatbeat. I would complain... if it weren't well paying... and fun! Ha!"
— Graziks

Graziks is a Fallen mercenary, "employed" by the House of Lions and is usually sent on missions his clients would refuse to partake in. Once an infamous member of a House of Sky kill squad, he would be imprisoned by the Lions following the Gray Wars before slowly gaining their trust and becoming a free, albeit exploited member of the Lions.

"As I child, I liked fighting things... yeah, that's really where it ends."
— Graziks on his early life.

Following the Whirlwind, Graziks was born on the distant world of Striviis along with his twin brother, Aleziks, and twin sister, Kylodas. Born orphaned, his mother died in childbirth while his father died in a Skiff collision, he and his siblings were raised under his older brother, Haraksul, who raised them all within the Fallen criminal underworld. While his twin brother made a living off gambling, deception and smuggling and his twin sister found a career in contract killing and assassinations, Graziks, instead, spent most of his time picking fights across the scattered dens of Striviis, whether it be sanctioned or not; because of his brother's frequent visits and bets around these fight, Graziks and Aleziks became close as siblings. Usually, he and his siblings would spend their time independently, however, Haraksul would often call them together for a well paying job or just a family meet and goods exchange. Over the years surviving with his Fallen vagabonds, he would pick up a quaint fascination with bio-augmentation and cybernetics, even fruitlessly attempting to pursue his dream of becoming a fully mechanized and unfeeling robot in his spare time.

By the time he matured, Graziks had accumulated thousands upon thousands of ill-gotten Herealways and troves upon troves of contraband through his years of exceptional fighting, as well as a modicum of infamy within the underworld yet just matchable to the triumphs of his brother and sister. However, one fateful day, he and his siblings would attempt a heist that could set them all for life: the covert robbery a massive trove of Tech, Herealways, and Servitors from a House of Sky Ketch outside of Striviis. Eagerly, the whole family joined in on the heist, hoping for their cut of the take and an endless supply of Ether to sustain them all for their entire lives. However, after the unexpected arrival of a Sky Baron, and his guard fleet, the botched heist would result in his older brother's death and his own capture; his twin siblings would manage to escape with their lives, but he wouldn't see them for a long, long time. However, instead of being executed or docked, the Baron would instead enlist him after seeing the near success of the heist and hearing of his exploits, sending him into Sky's elite kill team, the Sky Claws. In his time there, he would perfect his craft in heavy ordinance and shared his insight into martial arts with his close-combat subordinates and colleagues, becoming an indispensable demolitions expert and ship raid coordinator. By the time the Gray Wars began, he would have claimed hundreds of lives with his heavy weaponry, explosives and bare knuckles. 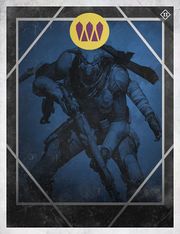 A wanted poster of Graziks during the Gray Wars

"As the Kell of my people, it is a part of my duty to anticipate anything. But hearing him overturning a riot (let alone in a drunken stupor!), was definitely something I never thought I'd be hearing in a million lifetimes."
— Joskaa after hearing of Graziks' involvement in quelling a riot

"It was fun, y'know. Hunting down the last vestige of vengeful Storm scum. Seeing all the youthful, eager faces of a former House I once vehemently served and bashing in their faces with strength AND discipline. It brings me back. Ah... memories..."
— Graziks on the Rise of the House of Storm

"I like the guy, honestly! Give him a mission and he will eagerly accept it in a heartbeat, and that just disregards his actual combat prowess. But, and I mean this with no disrespect, the proverbial elephant in the room must be addressed: he never takes his job seriously. That and he's somehow always drunk."
— Magnusk on Graziks' combat efficiency

Despite his dark, bloody past, rigorous and intense training as an assassin and an obvious and profound bloodlust, he always appears to be in an enthusiastic and bright mood. Many within the House of Lions have complimented his seemingly infectious charisma and undeniable skill in combat thanks to years of military experience and top-of-the-line Fallen tech. However, he also receives a fair amount of complaints, especially on his abundant hubris. Many have criticized his profound sarcasm, detrimental greed, frequent drunkenness, strange ambitions and, most of all, his lacking care for the operations he partakes in. Many have also questioned his quaint affection and life-long goal of becoming a full robot, though most of the complaints are more concerned about the childish devotion to the ambition. It has also been noted that he can occasionally "snap", becoming irreversibly angry and completely disregarding his own self-preservation, instead, entering an omnicidal, bloodthirsty frenzy only curved overtime; whether this chocks up to PTSD, his training as an unfeeling assassin or, perhaps, the volatile combination of both is still unknown. Regardless, he has proven to be an indispensable ally and, though rare, even leadership. Albeit hesitantly, many Lions would eagerly hire Graziks to take care of their troubles; hell, sometimes to get a chuckle at his demeanor, something in which he is always aware of... and something he doesn't mind.