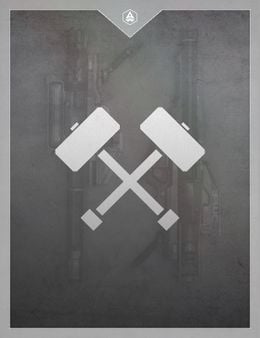 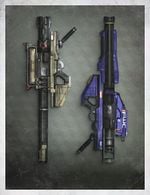 Rocket Launchers have a limited, devastating payload that provides an excellent countermeasure to heavily-armored ground forces and combat vehicles. There is no better battlefield equalizer. Skilled users often aim for the ground beneath nimble targets. 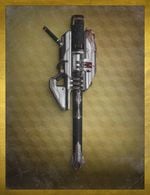 "If there is beauty in destruction, why not also in its delivery?"
— Feizel Crux

The Gjallarhorn shoulder-mounted rocket system was forged from the armor of Guardians who fell at the Twilight Gap. Gifted to the survivors of that terrible battle, the Gjallarhorn is seen as a symbol of honor and survival. 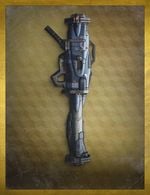 Truth is a cutting-edge rocket launcher developed by Crux/Lomar. Smart warheads calculate and understand the user's intent upon firing.

There may have been a time when warfare in the solar system was dominated by lightning-quick AI weapons and swarms of autonomous munitions. If so, that time is past. The Traveler's Light has given rise to an age of heroes with undreamt power. But there is still a place for cleverly designed machines - and as the City's foundries reclaim the technical prowess of the Golden Age, our machines will become cleverer still. 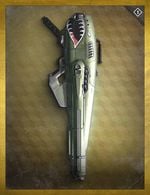 Burn the world. Burn it all.

From the labs of Feizel Crux and Victor Lomar comes another shoulder assault offering built to match the incendiary fury of a legendary beast — or at least classic depictions of it.

Carrying three rockets, each equipped with Solar Flare detonators, its power is believed to far outmatch those of the mythical flying monster, but we're still hoping an actual showdown between the two will put an end to that argument. 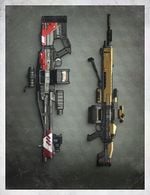 The Machine Gun is an unapologetic weapon of war. Its ability to carry and process large quantities of high-caliber ammunition allows for sustained, focused attacks, making them ideal for the suppression and/or annihilation of hostile forces. 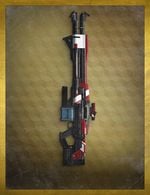 This weapon is full of it.

This machine gun's incredible mechanism hints at the wonders of Golden Age technology. Smart rounds report their trajectories to the weapon, and a micro-transmat protocol recalls missed shots to the magazine.

Engineers decry the idea that all smart systems spontaneously develop personalities and awareness... but it seems undeniable that Super Good Advice manifests personality, memory, and a certain sass. The truth may lie in the weapon's connection to the legendary Hunter Pahanin, who witnessed the fall of Kabr and became terrified of traveling alone. 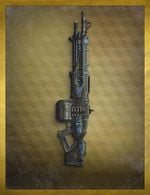 "They rest quiet on fields afar... for this is no ending, but the eye."
— Hymn of the Thunderlord

Customized with an experimental induction core, the Thunderlord is a heavy machine gun built for the delivery of sustained punishment.

The weapon's history and mechanism are both shrouded in ritualistic awe. Each round fired is another word in the legend - and the Guardians who bear the Thunderlord will be immortalized in song. 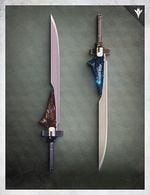 "There is no grace in their making, but we can change that."
— Lord Shaxx

History might come to call it the Great Hive War, but others will remember it as the day the swords came to the City. Luckily Lord Shaxx's skills and research in all matters of swordplay will help ease this new age of weaponry into the Guardian fold. 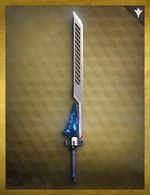 Excerpt of a missive from Lord Shaxx to the Tower Cryptarchy

...there must be a way to imbue it with Light. That is Ikora's theory. How glad I would be of her help, but her eyes are occupied with other trials.

Perhaps if I folded another substance into the blade—one that is forged in Light—it might imprint upon the malleable Hadium, share its attributes. But what substance? Ghosts are out of the question. Spinmetal is in the blade already, but its Arc was too diffuse to move the Hadium. Is there a way to refine Spinmetal, distil it to its core elements?

I have little gift for the science of this, but my resolve will not be thwarted. Maybe the Cryptarchs can advise. 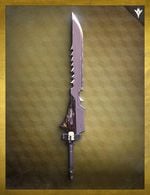 "Next order of business... the growing City foundries—"

"What madness is this!"

"Lord Shaxx! The Consensus did not—"

"We barely eked out victory at Burning Lake. And now you think we're ready to attack the Moon?"

"Did you not read my report from Burning Lake? About the Hive's weapons? Those swords, they're like nothing we've ever—"

"Zavala! You can't think this is wise. We need to examine these swords, train against them—"

"That is a matter for the Consensus to decide, old friend." 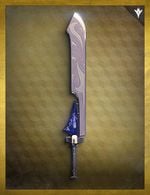 Draw close now. Closer. Yes. Let me tell you why you should not fear Willbreaker, the sword of Oryx.

Firstly: Its blade is not dulled by age. Each death it trades for life hones its edge, gives it weight and gravitas and insistence within the vortex of its own totality.

Nextly: Willbreaker transcends liminality. Willbreaker demands a subjugation more diffuse than the simple snick and smash of a physical brink. It does not have to touch you to wound you.

And lastly—and this is critical: To be taken in Willbreaker's grasp is to know true bliss; that is, to be simplified; that is, to be reduced to one's most basic level, shedding all higher-order thoughts of fear or duty or selfishness; that is, to feel only pain.

Now do you see? Now do you understand what you've done? 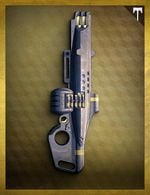 What is the answer, when the question is extinction?

Who, or what, is the weapons foundry known as Nadir? Where did it come from?

And is the foundry's name a commentary on its own quality, or that of its rivals? An expression of fatalism? An inside joke?

Do these questions matter next to a weapon as powerful as the Nemesis Star? 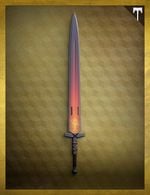 "To the first of the new Iron Lords."
— Lord Saladin

This is more than a weapon.

Forged by Lord Saladin within the hallowed halls of the Iron Temple, this sword was intended for you, and none other.

When you wield it, its burning flames represent the bright light of your valor — and the all-consuming sacrifice that you have promised to make, should you be called to it.

Take up this blade, and teach your enemies to fear the Young Wolf's Howl. 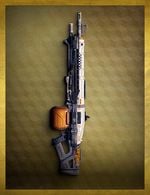 "I am one with the flame. The conflagration reborn. I am your funeral pyre." Anthem of the Abbadon

A variant of the Thunderlord outfitted with a prototype fusion modulation device, the Abbadon is built for rapid domination of the enemy.

Its mechanism is a delicate balance of barely-contained power and brute force. Every round it fires contains the potency of a sun. 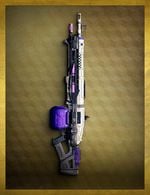 "From the space between I come. Fragments of stars burn in my footsteps. In my hands I hold Death." Song of the Nova Mortis

Before he died on the Moon, the Titan who wielded the first Thunderlord created two variants of the mighty weapon. Nova Mortis harnesses the power of the Void.

Notes found on the original schematic for Nova Mortis reveal its creator worried the weapon was as dangerous to its wielder as it was to those in its sights.