From Destinypedia, the Destiny wiki
(Redirected from Factions)
Jump to: navigation, search 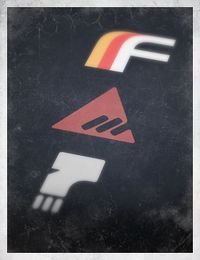 Factions are groups that Guardians can join and earn Reputation with. Most factions are based within the Last City, but some are found elsewhere, such as the Reef. Completing activities for a faction allows Guardians to increase their rank with them and earn rewards. On the other hand, there are some factions that cannot be joined because they have no Reputation stat, and furthermore, the enemy races have their own factions dedicated to their own goals.

These three factions form the City's government, the Consensus, and seek champions among the Guardians to represent them in the Crucible. Guardians may pledge themselves to a faction for a fee of 2500 Glimmer to support it and earn faction-specific rewards, such as Weapons, Armor, Emblems, and Shaders. Guardians can only change their allegiance once per week, and must pay the fee each time. Players continue to earn Vanguard or Crucible Reputation in addition to Reputation with their faction.

If players earn Level 25 Reputation with a Faction, they'll unlock a Faction quest that rewards an Exotic Class item that increases Reputation gains with that Faction.

In Destiny 2, the factions return to compete against one another in the Faction Rallies event, where one of the factions is declared the winner by receiving the most support from players across all available activities.

These factions give Reputation to Guardians by default.

These individuals seek the help of Guardians for their own agendas.

These factions are named, but cannot be joined by Guardians to date.