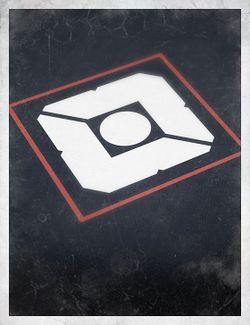 Salvage is a Crucible match type.

Salvage is a 3v3 Crucible playlist mode, where the goal is to reach a targeted point first and claim its secrets. If one teams gets there first then the other must interrupt their efforts to prevent them from gaining points. The team with the most collected secrets when the timer ends, wins the match.

This gametype involves moving control points, and map movement and control are required for success. When a relic spawns, getting to it safely is important, and locking down the area afterwards is the only way to win. There are two main ways to approach the relic: Capture it, or interfere with the enemies attempt to capture it. While capturing the relic yourself earns more points, it some time to capture, leaving your and your team out in the open guarding it. The other method, while earning less points, is much faster but requires that your team routes out the enemies off the relic. Both strategies work, not punishing either team from being to far away from the relic when it spawns in randomly.