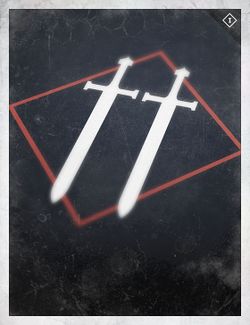 Doubles Skirmish is a 2v2 Crucible game mode, and a variant of Skirmish. It is a team deathmatch mode where the team with the most points wins. Players can revive one another if they are close enough, which grants an extra 50 points to that team. The key to winning is keeping your teammate alive and in the fight while preventing the other team from completing revives.

Team play is important, and with revives being part of the gametype staying together is recommended. Since their are only two enemies, the risk of being flanked is very low, as a lone enemy will can be picked off very quickly by two players. The minimap will betray enemy attempts to move against you, and better allow to to watch pathways. While reviving is important, it's not worth dying over, and novice players will rush into for a revive, getting themselves and their revived teammate killed. Supers should not be used all together, as spacing them out on different engagements is better for long term success over winning a single engagement.