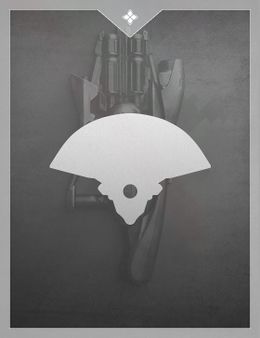 The Vex Arsenal subsection of the Grimoire covers subjects related to the weapons commonly used by the Vex. 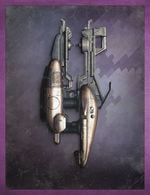 From a tactical perspective, the Slap Rifle is a Vex directed-energy weapon that fills their analog of the light infantry role. From an engineering perspective it's something much more interesting: a terminal. The Slap Rifle receives a bolt of Solar energy from somewhere (or somewhen) else and it points it at a target.

The terminal's flexibility is impressive. In non-combat conditions, the Slap Rifle seems like it might serve as a viable field transmitter, construction tool, navigational beacon, network repeater, or any of a number of other utility functions. 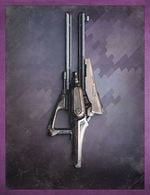 The Vex Line Rifle fires high-velocity Solar particle jets. Deployed on the Hobgoblin chassis, the Line Rifle serves as a sniper weapon, pinning down targets or delivering the killing blow.

Like the Slap Rifle, the Line Rifle is a terminal weapon, although its source is much more energetic. Some believe the weapon pulls material from the accretion disk of a galactic singularity. This would imply the Vex are near - or have already achieved - access to a terrifying range of civilization-killing weapons. Others consider this unlikely, and propose that the Line Rifle simply draws from a central Vex power supply. 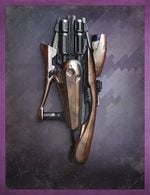 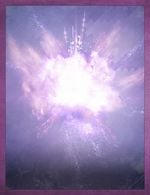 The Vex use Slap Grenades to drive targets out into the open. These devices behave more like miniaturized gates than conventional explosives, channeling a Void energy pulse from a remote location. 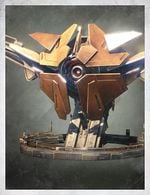 The Cyclops is a huge, stationary Vex construct with a powerful Void weapon. Guardians think of Cyclops as gun platforms - batteries installed to protect key points with devastating mortar fire.

But some evidence suggests that the Cyclops is in fact an enormous sensor or beacon, and that its weapons capabilities are secondary. What the Cyclops senses remains unknown, although its mind core is vast. It may play a role in the Vex networked intelligence, or in navigation across space and time.

A damaged Cyclops can be forced into a state of punch-drunk confusion, its inputs overwhelmed by hostile fire. This can result in fratricidal kills on other Vex units.