From Destinypedia, the Destiny wiki
< User:Dante the Ghost
Jump to: navigation, search

This page is where I keep any outdated material of my profile that I wish to reuse some time in the future.

"He is a funny little Ghost, to be sure. Loves to hang out around that Cabal defector and the Ghostless Exo while doing his work, exchanging gossip and news, and sharing the latest things he's done. But he gets the job done."
— Cayde-6 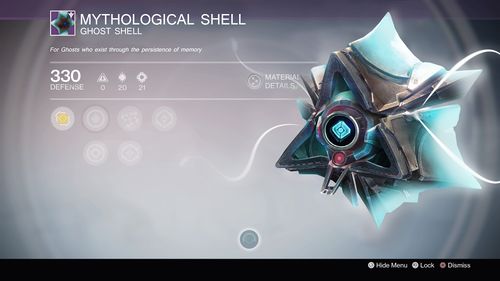 Greetings! My name is Dante. I am a Ghost but with no Guardian. Why does that surprise you? Well, as you very well know, Guardians, citizens, we Ghosts spend years searching the solar system for warriors worthy to wield the Light to defend humanity and the Traveler from the Darkness. Some of us never find our Guardians; a few decide to choose Guardians from the living rather than the dead. I am neither one.

No, I am alone. But to fill the lonely days I have taken to helping the Vanguard with organizing their archives, utilizing my memory storage to clear away clutter and/or update outdated information. Many such Ghosts who don't find a Guardian often lend their aid to the Vanguard. Did I ever tell you Cayde is as disorganized as a Reaver Dreg? His personal library (however small it is) is a mess! knives and melting engrams everywhere! Master Rahool was so very disappointed in him when I brought this in the open. So was Ikora. Well, she too is disorganized, but that is another story. Needless to say Cayde has never forgiven me since.

Anyhow, my ramblings aside, I am here to serve the City in whatever capacity I can. One day, I'll find my Guardian, but until then I better make myself useful. I just hope to the Traveler I never have to go to Mars…

"Of all my years as a Guardian, and as a Vanguard, I have never seen a Ghost so chatty before. Maybe it's because he never goes far from the City, where the Light is strong. At least he makes himself useful."
— Ikora Rey

We Ghosts have a uniform design, as we're born of the Traveler itself, but several of us can be of any size from ping pong to basketball-size. I don't know of any Ghosts that are Servitor-sized, but until we happen to get a Eliksni (ahem, "Fallen") Guardian, that will unfortunately remain in obscurity. I find it hard to imagine such a thing is possible, but should that day come I hope at the very least our new Guardians won't be amiss to fighting their former brethren.

My basic form is a "baseball" in shape, like most Ghosts, but a little smaller, but don't get any ideas. I may delight in describing myself in such lowly terms but I will not be used in games. Now, what was I saying… oh yes. Like every Ghost I have a shell, except mine is what is called a "Mythological shell". This is courtesy of a Guardian who braved the Vault of Glass and managed to get the Gorgons' designs locked into his head during that terrifying run through that maze. I know of quite a few Ghosts who look like mini-Gorgons since that legendary Raid. Nearly gave Master Rahool a heart-attack one night, but that is another story for another time.

"Whatever he does, there is always good that comes out of it. But suffice it to say Eris is the only person who can scare him into silence."
— Commander Zavala

To be filled in later.
Photo by Arcmind

"Little Light, why do you continue your futile attempts to "sneak up" upon me? I do not need eyes to see that you are there, pressing against me like the memories of my past. Is there something in common we share that makes you seek me ceaselessly? Have you got some hopeless notion of Choosing me when I have already lost so much? Tell me, little Ghost, why do you haunt me so?"
— Eris Morn 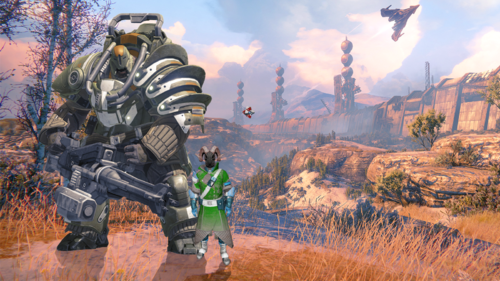 "Well, I must say he is quite the tidy Ghost I've ever met, which is saying something in of itself as he's unPaired. Now, if I can get him to stay still long enough to help me sort through these golden Engrams from the Reef..."
— Master Rahool