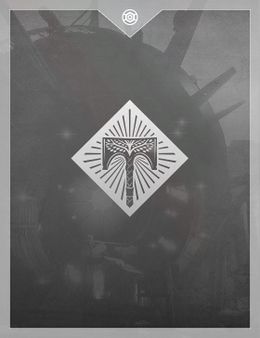 The Rise of Iron subsection of the Grimoire covers subjects related to activities in the expansion Rise of Iron.

King of the Mountain 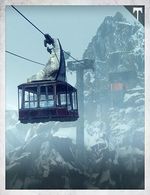 Felwinter Peak is in friendly hands once more. The Guardian and Lord Saladin have driven the Fallen forces back and reclaimed the Iron Temple.

I find myself reflecting on the cyclical nature of existence. Life, death, rebirth. The Iron Temple was once a place of Light. Then the Iron Lords were lost, and Saladin turned it into a memorial. Now it will be reborn, much like that curious servitor.

The Walls Come Down 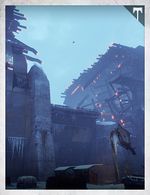 The Cosmodrome is a nexus point. Too many things have happened there to be mere coincidence. Now we add one more piece to that puzzle: SIVA.

"Saladin did not hide all knowledge of SIVA as completely as he wished. I have found several references to that technology over the years, and obviously our enemies have as well. I believe SIVA was once a tool for the Warminds... What terrible things will the Fallen do with it? 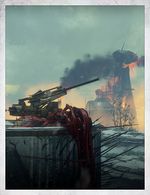 The Splicers are using SIVA to reshape not only themselves, but also the Plaguelands. They are experimenting. Learning how to manipulate SIVA through terrible inquiries. But there is still time. The Fallen's understanding of SIVA is not yet complete.

SIVA was created as a promise to the future, but it is also a threat. It is up to the Guardian to face that threat, and complete the final mission of the Iron Lords. 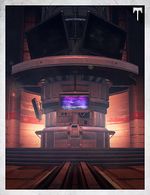 The Vanguard has known for some time that the Fallen were exploring the Cosmodrome for lost technology. Now we know that they were digging for one treasure in particular – SIVA. The data from Clovis Bray was their map.

Now those same prototype files will be the Guardian's key to victory. Shiro and I are already working on a defense that will protect Saladin's 'Young Wolf' in the final battle. 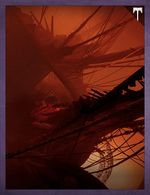 The Young Wolf has stopped the flow of SIVA to the Devil Splicers, ended the torment of the Iron Lords, and lifted centuries of grief and regret from Saladin's shoulders. My old friend is a changed man.

Centuries ago, I thought the story of the Iron Lords was finished. I see now that it was waiting for the next chapter. 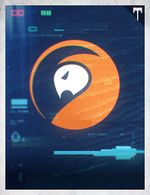 "The things that possessed us, that called themselves Magnificence, Brilliance, Splendor, Fortitude, and Glory, have decomposed and passed into memory. The Owl Sector, who watch over us with spread wings, are at rest again. While the gifts of Clovis Bray's research were many and valuable, Dr. Shirazi's notes describe terrible things. That they only enhanced our cognition is fortunate. But they were also unstoppable. What will we do when something more harmful touches us?"
— Ikora Rey 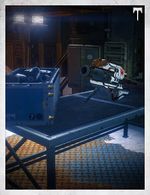 "This commission is a commemoration! They deserve something dependable. These men and women did not survive the Gap so that you could make art!""
— Victor Lomar, from a transcript of the Project Heimdall development log

The refurbished Gjallarhorn carried into battle by the newest Iron Lord is a melding of new and old. The time-tested Crux and Lomar design combined flawlessly with Shiro's modified SIVA tech. The result: a peerless weapon that embodies beauty in destruction and delivery. 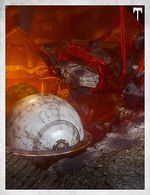 The Archon's Forge is an ancient Fallen rite of passage, twisted to utilize the Devil Splicers' latest discovery.

Fallen seek to improve their station within the Splicers' quickly-evolving caste by making offerings of dormant SIVA to the Forge. Their worth is then tested in a trial-by-combat.

The offering's quality–fused, enhanced, perfected–determines the severity of the challenge and, in turn, the level of augmentation the petitioner will be granted should they survive.

That a Guardian would dare challenge the Forge with offerings of their own is an affront the Splicers will not take lightly. 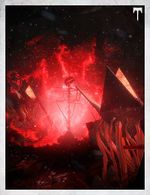 The Devil Splicer's Machine Priests have established ritual sites for the study, worship, and proliferation of SIVA throughout the Plaguelands.

It is unclear if these rituals have a specific purpose, or if they are simply another form of experimentation in the Devil Splicers' continuing efforts to understand and control SIVA.

Interfering with a Splicer ritual could bring about an aggressive response, especially if the Priest's act of worship is ended swiftly and without mercy.