"How will we know when we've found all of the screenshots?"
It has been requested that image(s) be uploaded and added to this page or section. Remove this template once the image(s) have been uploaded and applied.

"A notorious weapon that has now wrapped itself with aspects of what remained of Auradon, it bears three diabolical words: Long live evil."
— Unknown

False God is a Legendary Auto Rifle that can be acquired from the High Orbit on Auradon.

Thus did the Shadowkeeper of Earth slay the Traitorous Pretender known to some as Heathcliff.

With the help of Owen Davidson, the Black Swordsman's personal chef, the Shadowkeeper of Earth prepared a splendid feast, and then went to the pretender and said, "Brother, come with me."

How marvelously they dined, upon soft-fleshed brackenclams and salty fruitmeats! The Shadow partook with the stamina of a great Cabal primus, but the rogue ate even better, so well that even the generous Swordsman, watching through his Shadow's eyes, was impressed.

Finally, the last course was served: a flaky pastry the size of a human's fist. The leader bit into it, and winced at the crunch, for the pastry was filled with metal and paint and the taste of vanilla.

The rogue leader ate it all.

Then, wiping his lips, the rogue asked what was in the pastry. And the Shadow told him: "The Ghost of your guild."

And before he could respond, the Shadow leapt up and, seizing more food and drink, forced it upon the pretender called Heathcliff in such generous quantities that the rogue could not endure his own gratitude. Thus was the rogue's hunger sated. 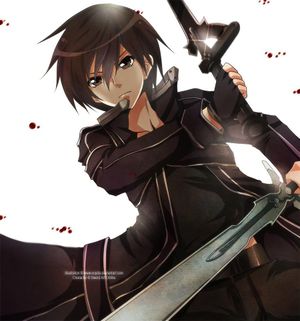