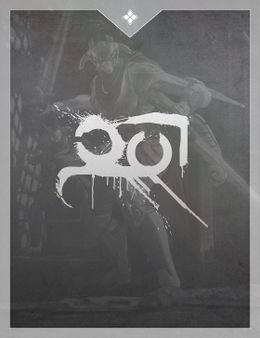 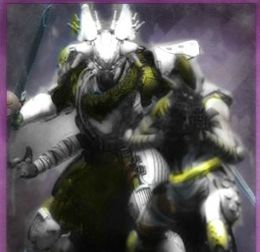 "A House, who' strength is shown by their knowledge and wisdom"
— Petra Venj

The ancient Noble House, rallying under their young Kell, Joskaa, the House of Lions have been mostly hiding in the shadow of the asteroid, 2 Pallas, secretly with the authority of the Reef Queen, they have been sending out their scouts and Skiffs to learn the Sol system and their possible enemies. They only show their hand, when their Kell lends his voice. 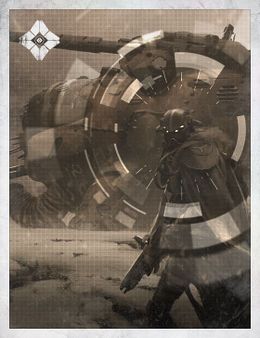 The Siege of Pallas

The Wolf fleet bombarded the surface of 2 Pallas,

the surviving Awoken hold their stance to honor the Queen and protect their people.

The Fallen took their shot, and broke much of the Reef's defense, then send out their skiff to finish the job.

The awoken soldiers did their job, but the Wolves were cutting deep, into their ranks.

A awoken Pilot, who's ship crashed down, try to hold her position, to wait for reinforcements. But it might be too late.

The Wolves began sending their dregs, to make sure, there is no survivors, but she cleared them out, easily. But then, a second Skiff arrived send out four stealth Vandals and eight dregs, she took them out too, but they got her a little bit, than a two Shock bladed Captains, four Vandals, and six dregs. She took out half of the Fallen, but the others, quickly took her down.

The Captain hold her by the neck, ready to strike, But she was ready for her fate.

But then a loud noise ranged from behind her and a white flash blind her and the other Fallen.

Then a massive Ketch flew from view, it was bigger than any other ketch, bigger than a House's Flagship, the Fallen slowly walk away as they were afraid of the massive Ketch, they saw it's banners in fear, the Captain was confused, but still tried to kill the pilot, but when he tried The Ketch flew, than it shot a almost little nettle into the wolf Ketch, but right when it happen, the Ketch collapsed and exploded into amber, the Captain, dropped his swords in fear. Then a group of Skiff escaped out of darkness, colored in White and yellow, the Captain began to slowly run away, but, right it happened, four Vandals, two Dregs, and six Shanks popped out of the Skiff, and quickly shot the Captain.

The young pilot was confused, but was in fear, the vandal leading the group slowly drop their weapons, and bowed his head, then he called out more reinforcements, in which a skiff, with Captains carting Scorch Cannons and six Vandals carrying Shrapnel Launchers, and eight Dregs with daggers, with two Servitors dropped from the skiff to patrol the site for more Wolves, but not harming her.

Confused she slowly walked away, but before she could escape, a Vandal, with a pair of swords, stood in front of her, she turned around and stood face cold. But the Vandal purred and bowed his head in respect for holding her stance. He then, gave her a Skiff to go back home.

The Pilot escaped from the area, and quickly reported to the Reef Queen, about this event.

"Remember Guardian, not all Kells are cruel and ruthless, like the ones, you've sought them out to be, yes?"
— Grimoire description

The Kell of a great and old Noble House, head of the Lion field operations, and a hero of a ancient and forgotten War, Joskaa leads his House with no question, and fights his enemies, face to face. He fights in ways, no Kell has ever done, even going outside Andax-Fel, instead of hiding away for protection, and siding with enemy, his species face, He's a good hearted away from the fight, but vicious and ruthless in battle.